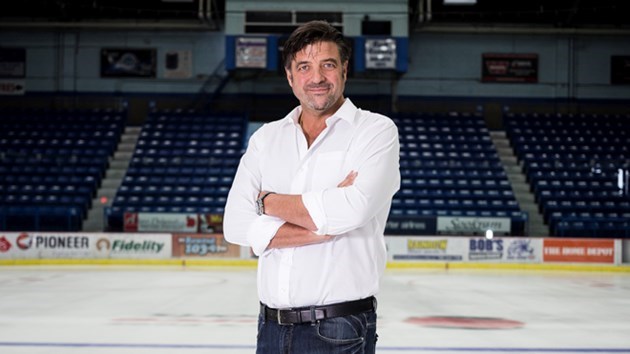 ‘The KED will get built,’ says Wolves owner Dario Zulich

Sudbury Wolves and Sudbury Five owner Dario Zulich has been keeping a watchful eye on all things concerned with his teams’ home.

The future of the Sudbury Community Arena and Kingsway Entertainment District have both roared back into focus of late, with Superior Court proceedings, an LPAT hearing and a proposed downtown arena renovation.

Zulich has remained mostly mum as everything has been unfolding, but that doesn’t mean he hasn’t been keeping close tabs on how things have been playing out.

“The Superior Court, it was between the city and those that were opposed, so I had nothing to do with that, but I thought the city did a great job in putting forward their evidence and showing how they followed all the rules and did all the right things,” said Zulich.

“The judge took his time and I read the decision — it was quite lengthy and it was well-founded and backed up and supported by evidence and case law in almost every area.”

Tom Fortin has appealed the decision made by Justice Greg Ellies, though Zulich is confident that will go the city’s way as well.

“It’s just a delay. The appeal was expected; it wasn’t a surprise,” said Zulich. “We’re confident that the judge will uphold his decision. We’re very confident in the LPAT case as well. I think some of the best planners in the province are here in Sudbury, and I’m confident they did things the right way and that will be successful as well.”

Legal proceedings have held up any progress on getting shovels in the ground on the Kingsway Entertainment District, which was originally slated for completion in 2021.

Despite the delays, Zulich remains focused on the KED and is confident that it will be built.

3rdLine.Studio presented their vision for a renovation to the downtown arena, called Project Now, at council on Oct. 6, and while complimentary of the vision and work that went into developing Project Now, Zulich says his focus is on the Kingsway Entertainment District.

“The presentation was beautiful,” Zulich said. “(But) I’m not sure why they came out with it now, because I thought it was decided prior to this whole journey we’re on, five years ago when that question was asked whether to renovate, retrofit or build new.

“There are no bad ideas. I think there’s some great ideas out there and we have to continue to listen to everyone, but we’re concentrating on the Kingsway Entertainment District. It’s a better opportunity, it has more room for growth and creation of jobs, and we are so confident in what this is going to do for our city.”

One point of contention that was brought up during the Project Now presentation was the challenging soil conditions in the downtown, punctuated by Mayor Brian Bigger explaining that the Sudbury Arena is “floating on logs.”

Soil testing and environmental studies have already been carried out at the Kingsway site, with Zulich stating the KED will be founded on “solid virgin pristine property.”

“It’s not going to move. We’re very confident and the city is very confident in choosing that location,” said Zulich, who owns the land and is the majority partner on the KED project with Perry Dellelce.

"I bought the land more than 10 years ago with the plan of making that the site of the Canadian headquarters for TESC."

The road to his involvement with the Wolves and the Kingsway Entertainment District started back in September 2013 when a Sudbury Wolves game was postponed due to heavy fog in the Sudbury Community Arena.

"Within weeks, (former city councillor) Fabio Belli was putting out the call that we needed a new OHL arena," said Zulich. "The city asked for an expression of interest and that's how I became involved."

The Sudbury Wolves’ lease at the Sudbury Community Arena expires in 2022, with the team having planned to migrate to the KED once their current lease expires.

Ward 1 Coun. Mark Signoretti all but said that the Wolves will play where the city tells them to play during the Oct. 6 Project Now discussion.

“The arena that’s being built, whether it’s on the Kingsway or downtown, last time I checked that’s a Sudbury community arena and they’re a tenant in that arena,” said Signoretti. “They’re not the owner of the arena, so they will play where we build the arena, not where they’re telling us where it needs to be built.”

“I heard that and it broke my heart,” said Zulich. “This was on a day that the Sudbury Wolves made North American headlines, on national news across the country. Sudbury has been put on the map for hockey, so it was shocking to hear that.

“The Wolves have been in Sudbury for 100 years, almost 50 years in the OHL, and they’re not called the Zulich Wolves. They’re the Sudbury Wolves and that team belongs to Sudbury, and is required to stay in Sudbury — it’s not my team, it’s our team.”

As far as the team itself is concerned, the Wolves, along with the rest of the OHL, had their 2019-20 season cut short due to COVID-19.

The province is working with the Ontario Hockey League on a return to play strategy, but it’s still unknown what the next OHL season will look like.

No fans in arenas would result in a severe hit to team revenue, but Zulich says the organization is prepared for a worst-case scenario.

“We can withstand that storm and that eventuality, but we hope it doesn’t come,” said Zulich. “Right now, sports isn’t the biggest and most important thing; it’s COVID-19. It’s a deadly disease that’s impacting all of us and it will have a lasting impact on our society for years.”

Still, Zulich is hopeful that the OHL season will go ahead and that Wolves fans will have their team on the ice.

“The owners of the OHL teams and as part of the CHL have to decide together what we’re going to do, what’s the right thing for us to do as a group,” said Zulich. “All those contingency plans are being thought about and discussed, and we’re waiting. But we live in a world of COVID-19 right now, and it’s caused a lot of delays whether it’s hockey or basketball or the event centre.”

Ever the optimist, Zulich believes that Sudbury has found itself in a unique position with respect to the KED, and could be the blueprint for how arenas and event centres are built in a post-COVID world.

“I think this will allow us, once we get through these legal proceedings, to build an arena, together with the casino and hotel in a post-COVID era … it could be the first new build after COVID,” said Zulich.

“This will have the room and the space to plan out properly, where everything is touchless, from the doors to the air flows and the air curtains, touchless concessions, the way people move around. This is an opportunity for us to have a building that could be a showcase to the world.”