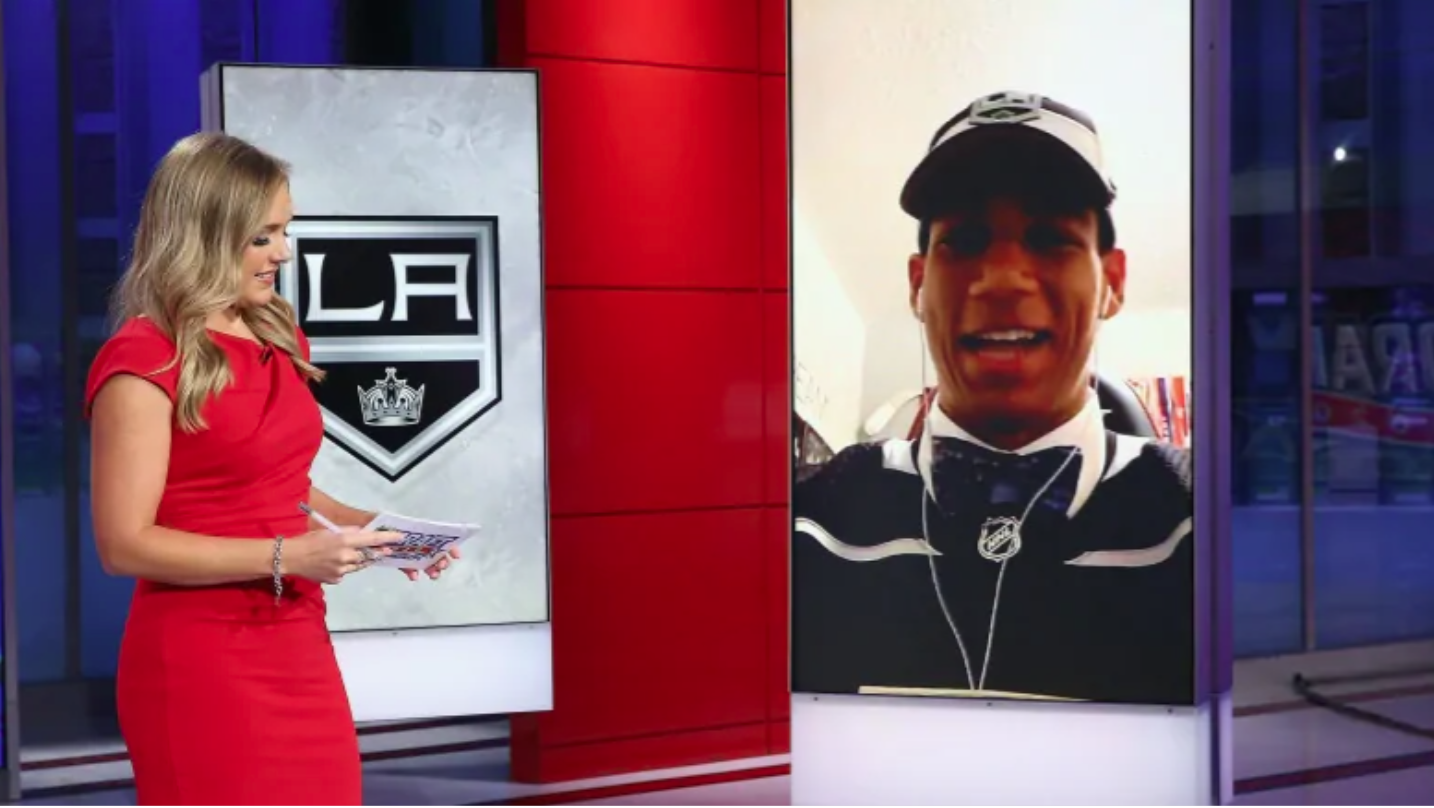 Dressed to the nines in his living room, Quinton Byfield didn't have to wait long in Tuesday's NHL draft to make history.

Byfield became the highest-drafted Black player ever when he was selected second overall by the Los Angeles Kings.

The 18-year-old Sudbury Wolves product says he aspires to become a reliable forward for the Kings, while also adding some of the spice that he showed off with his draft suit.

"Just seeing the suit I was wearing, white jacket, kind of out there but just bringing some personality in the league, would definitely be something cool," Byfield told CBC News Network.

More importantly, he aspires to be a role model for young Black players trying to break their way into hockey.

"I want a lot of people to have the experience growing up that I did … you just come to the rink, play the game and race wasn't even a factor in that," Byfield said.

"I think that's why it's really good to spread positivity about that and be motivation for other young kids."

Those players for Byfield were the likes of Sharks forward Evander Kane and Blue Jackets defenceman Seth Jones, who were the previous highest picked Black players having both gone fourth in their respective 2009 and 2013 drafts.

Byfield added that he believes the NHL is doing a good job in its efforts to spread awareness of the racism and social injustice that permeates throughout society.

"I think just growing up, I had some guys to look up to, and hopefully as the game is growing there can just be more and more and all the support is crazy for me right now," he said. "I just want to be able to give back and spread awareness about the situation."

While the NHL has appeared to make strides in this area in its return to play, some players don't believe enough has been done.

The Hockey Diversity Alliance was formed by seven current and former NHLers in June with a clear-cut mission "to eradicate racism and intolerance in hockey."

The group is co-headed by Akim Aliu and Kane, and has also grown to include Trevor Daley, Anthony Duclair, Matt Dumba, Nazem Kadri, Wayne Simmonds, Chris Stewart and Joel Ward.

On Wednesday, the HDA appeared to cut ties with the league, citing its "performative public relations efforts."

"We have waited many months for a response to the common sense HDA pledge we proposed and it is clear that the NHL is not prepared to make any measurable commitments to end systemic racism in hockey," the group said in a statement.

In July, the HDA asked the NHL to commit to its pledge for more inclusive employment practices and to support social justice initiatives that target racism, among other asks.

Instead, the NHL's return from its pandemic-induced pause featured video boards with slogans such as "end racism" and so-called "moments of reflection" in the first games after player walkouts in wake of the shooting of Jacob Blake in Kenosha, Wis.