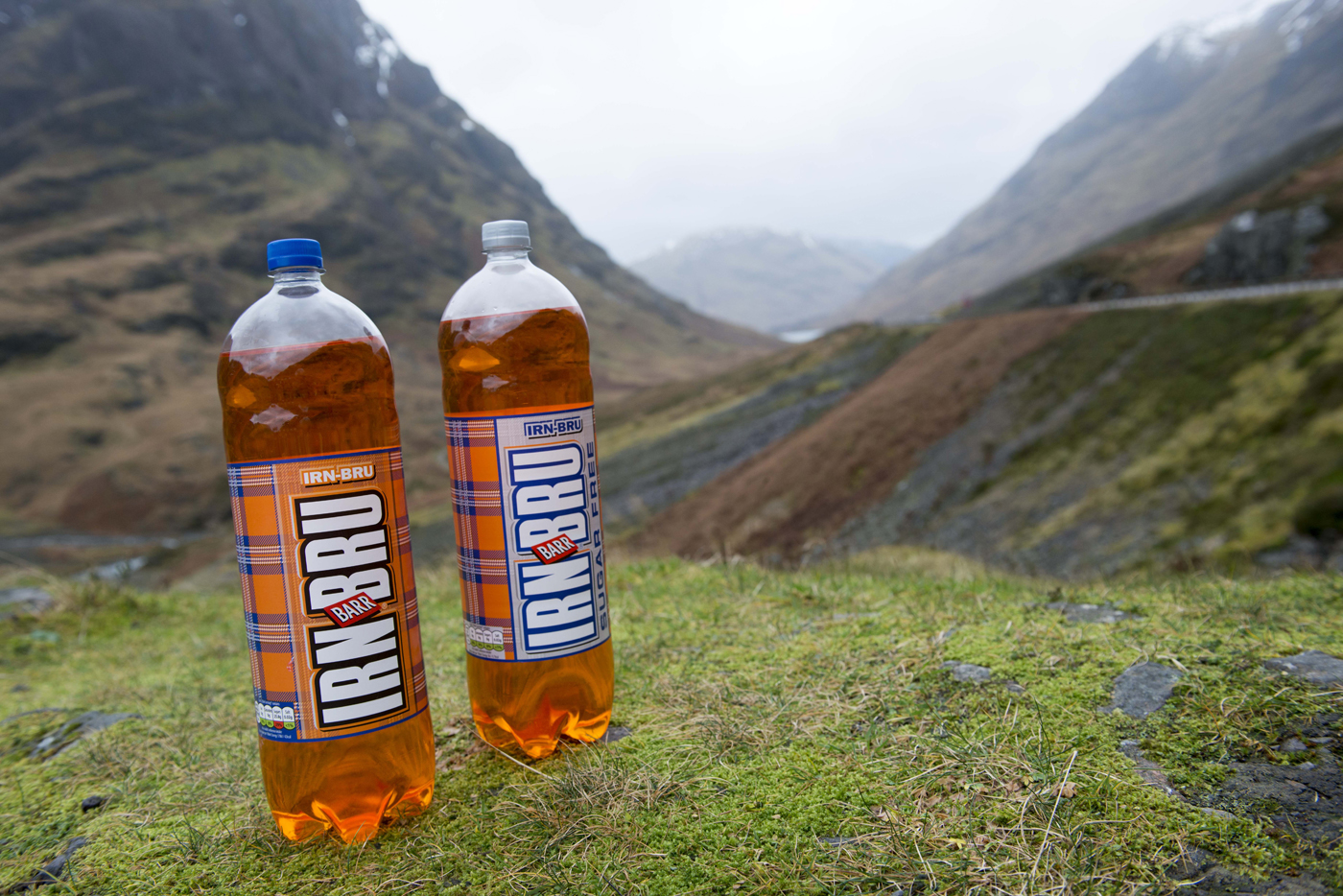 The demand for small town shops has gone up. Within the last few years, the narrative of bigger is better is being questioned. People are slowing down and looking at the beauty of staying within. Now the question is, will local last and will it be the way of the future? Is it possible that a local business could outperform a giant multinational corporation? It just so happens that this small town favourite already has.

Irn Bru (pronounced Iron Brew), a well known and much adored Scottish soft drink described as “a bubbling highland stream mixed with violence” sounds like a true salute to Scotland, if you ask me. This citrusy Scottish delicacy has made quite the impression with its bright orange colouring and its disputable advertising. The brand made a bold statement with a billboard involving an image of a cow exclaiming “when I turn into a burger I want to be washed down with Irn-Bru.”  Even with such controversial displays, Scots seem to still hold a place in their hearts for the refreshment. Like they say, ‘No publicity is bad publicity’.

Irn Bru started as a healthy energy drink to quench the thirst of Glasgow steelworkers, and has now turned into a global phenomenon. Irn Bru has dominated the soft drink market and is one of the most popular throughout the United Kingdom. For 100 years, it has continued to overpower Coca Cola, the top selling drink in every country it's sold (except Scotland). Much like how Coca Cola ads are to us, many Scottish people believe that it is not Christmas without the release of an Irn-Bru commercial. Irn-Bru also outsells other competing brands such as: Sprite, Fanta, Dr. Pepper, and 7-Up.

The fizzy drink has striked interest outside of the highlands too. It is sold on popular sites like Amazon and eBay and found in stores across Europe, Asia, and Australia. Because of its increasing popularity, Irn-Bru is now being manufactured in Russia, USA, Norway, and Canada.

The brand continues to strive and demonstrates a great understanding for the power that can be achieved by staying local.

Hidden behind the scenes of these local shops are hardworking, passionate and dedicated people. Because they aren't as recognized as massive corporations, local entrepreneurs have to fight for their place, giving them the drive to develop strong and lasting relationships. Drive is what draws the community in and gives the public the desire to support these small town stores. As stated by Parm Gill, Ontario Minister of Citizenship and Multiculturalism, “Small businesses are the backbone of our economy.”

The KED was founded by Sudburians for Sudburians. Conceptualised by Dario Zulich. These Nickel City alumni were born and raised on this rugged landscape. They played in the playgrounds and parks. They let their imaginations run wild. Dario still lives in this city and continues to find ways to help it grow greater. Dario owns many local businesses; 3 local sports teams, a construction company, food and beverage company, and many other entities that provide jobs, services, entertainment, and opportunities. One of the founding philosophies of the KED is to be an economic and cultural garden of growth for Greater Sudbury as well as the rest of Northern Ontario.